By now, some of you may have noticed my sudden absence from Twitter over the last few months. To me, it feels much longer than 2 months when I deleted it in September. It feels weird to be writing this like it’s even a big deal at all.

Twitter had become a big part of my identity. I remember creating this one in 2017 during the Segwit2X debates. I’ve deleted many Twitter identities since 2012, so it’s not a new concept for me but this time feels different.

Since many in the Bitcoin community are on Twitter, it started to feel like a family. A network of friends, professional connections, and a place to talk shit (a little too much), all in one. It’s where several of my jobs have started, and where I’ve dodged getting fired from said jobs because of some of my posts.

But it started getting to the point where it consumed me. It became the biggest source of darkness in my life. The biggest drain of productivity. The biggest representation of myself that was not true.

I’ve talked to a friend about some of these things before and he always brings up the concept that we are our actions. We may think of them as one-off reactions but in the end, we’re training ourselves to be how we act. We become that, or rather, we are that.

Since moving to Austin this year, I’ve started to better myself in many ways and I’ve felt a joy in my life that I hadn’t before. I felt the change and improvement, but my online self was not a reflection of that. At least my Twitter identity self that I’ve created. I was unnecessarily toxic to the point of being hateful. And I don’t think it was only me. After spending time with Bitcoiners in real life more, it's always enjoyable conversations. Even amongst those who would be arguing back and forth online. There’s a certain point where we’re all dogs fighting on the other side of a fence. And once that fence is removed, we’re best buddies.

It's like we all hone in on the differences that set us apart. We grasp onto them too much as the differentiation amongst a crowd. This is a global movement where we would otherwise have very similar views in the grand scheme of things. And because we’re grasping onto the differences as part of our identity, we are too defensive about them. We have to be, our identities are at stake otherwise.

But maybe that’s just me. Maybe I’m the only one that has no self-control or filter when it comes to being online. I’m sure there’s a handful of tweets I could bring up from my Twitter archive to prove this point about myself.

To me, the darkness that seeped in from Twitter was outstanding & soul-sucking. I had always been good about keeping the people I followed rather low, but it didn’t matter. The thing Bitcoiners always talked about was around enraging global events. Twitter is too good at incentivizing that behavior.

My feed always consisted of what I’d consider justifiable anger. This would cause anger within myself which spilled over into my thoughts, actions, and words. And do you wanna know the saddest part about it?

None of what I heard about online affected my day-to-day life in any way.

Seriously, think about that for a second.

The WEF pushing some narrative that we’ll own nothing. The ECB saying something bad about Bitcoin. A politician in DC thinking that they’re going to change how I live my life thousands of miles away.

At a certain point, these people aren’t real. These so-called rulers are not here, they are not dictating our actions. They are not with us in our communities to stick a gun to our head telling us what to do. They have as much power as we’re willing to give them in our minds. Imagine if we all decided to ignore them. Imagine if we all went offline and didn’t even acknowledge they exist. How many of our own actions in life are entirely self-imposed?

We are letting others not in our lives or communities shape the way we behave and in turn, shape the person we are. We are letting people that only exist within the confines of TV or the internet change who we are as a human. This level of abstracted control we let them have over us in our own heads should be a crime against humanity. But only we are to blame for that.

It’s not only about the rulers either. It's all the influences that change how we think or behave while being so out of reach of our physical lives. A news outlet publishing a story about some objective framed in whatever way. An advertisement or sponsor planting seeds into your head about what you need and how you should act. Even a movie about a dystopian world you’re frightened or intrigued by. These individual things push you a certain way, at least a micro-push in some direction. There’s no neutrality. Your mind took in an input that it did not have before in that very moment and processed it. It changed you.

In a world of endless online content, the inputs that exist far exceed what we’re able to consume. The number of false inputs is limitless and they outnumber the truths. At a certain point, they are both equally unverifiable without putting in a ton of work to know for sure. The online game has turned into getting you to go down the path of least resistance to consume the most inputs. Bonus points if that path leads you to a particular motive.

The physical world, however, is constrained by space & time. There’s a limitation to the things that can happen within the area around you at any given moment. While the possibilities can be endless, what actualizes is limited. Anything that manifests has a reason behind it that becomes true even if only in hindsight. Perception can be mistaken, but your judgment and experiences should make informed opinions.

I’m over this always connected, always in-the-know online world that we live in. There’s so much truth with the phrase “ignorance is bliss.” My actions are no longer shaped by the loudest voices. The lies, fears, and frustrations of this planet pass over me as I am hyperaware of what’s strictly in front of me. What are the people around me saying and feeling? What’s happening in their lives that I can positively affect? The actions I make in person can directly change each life in such a powerful way beyond what a tweet or DM can do. How much change am I in the world amongst the millions of people tweeting about some court case? What reasonable good can I do when hearing about endless evil happening across the globe?

I’d like to hone in on this physical world as much as possible. To dismiss what is realistically unverifiable outside of our natural human experiences. To live as a human, shaped by life and not limitless online narratives, orders, and personas. Call me crazy, old-fashioned, someone that’ll get left behind, or just plain ignorant. Maybe I just want to attempt to experience life how we’ve been adapted to live for thousands of years. Before it’s too late.

I was worried when I came to the realization that I needed to delete my Twitter. I clocked in at 31 hours on Twitter within that week.

During this time, I had a change in faith. Everything I am, had received, good works done, all were within God’s will for me, I truly believe that. The opportunities that are presented in my life are all made possible because of God. So when I believed that my successes in the Bitcoin space were because of my online self, that’s a doubt that God would have put me in the place that I needed to be. That it was my own doing and my own success. I should be able to cut the cord to all these earthly concepts and desires, with the faith that God will still provide for me. He has been providing for me this whole time anyway. That’s not to say that I can sit back and not do a thing, but can I cut out something consuming my life? Something that had become a false idol for me? I’d like to think I can and probably should.

A week or two after deleting my Twitter, I was given the opportunity to join the Austin Bitcoin Club as they built out the Pleb Lab. This office space consisted of Bitcoin devs and individuals in an environment that many people flow through each week. This has enabled me to live through the sense of localism & physical experiences I was longing for. To provide me with the opportunities and knowledge I was worried I’d be leaving behind when I left Twitter. It has allowed me to reach others in a more intimate, uplifting, and engaging way than I would have otherwise. It has even given me the motivation to strive for this type of community beyond Austin as more spin-up. It’s been an incredible space to be part of over the last few months. I’m so thankful for Kyle, Car, Keyan, and everyone else part of it.

Don’t get me wrong, there’s much of what I do miss from Twitter. The connections, conversations, and belongings that come with being in a community that spans beyond borders. There’s a lot of people that I miss talking to and seeing what they say and think. Sure, I could always find them on a different communication platform and talk to them online. But weirdly, depriving myself of these easy instant conversations has given me a drive for the physical alternative. It’s another form of long-time preference. I’m ecstatic to finally see the person I miss. I talk to others in real life more, both friends and strangers. I go out of my way to meet new people. I do it all with more enthusiasm and energy than if I spent it on short conversations online throughout the day.

The digital world has broken our incentives for many of the fulfillments that our physical world provides. We’re deeply rooted in these but lack the insights to see how it’s altering our bodies and souls. The online world is simply the empty calorie sugar our body consumes in place of what it desires. It can be a powerful tool that I debate how to use properly. I’m sure everyone is different in the way it alters them or their reliance on it for their livelihood. But how is the use of it negatively affecting your life? There’s really only one way to find out.

As for myself, I’ll be trying to fulfill this newfound passion of mine of enjoying the world around me. I’m not going completely offline, I’m not that crazy. But as for social media and communications, I’m greatly limiting that. If it’s meant to be, I’ll look forward to seeing you at a local Bitcoin meetup! 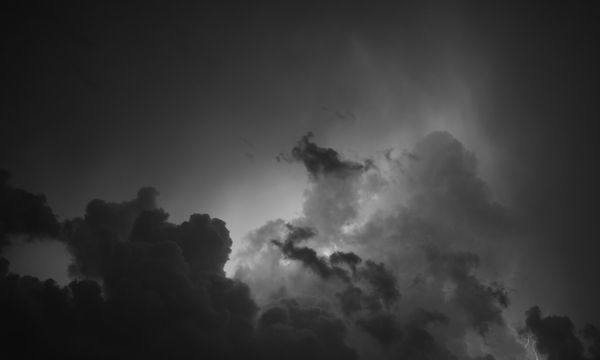