Pleased to announce that today I join BottlePay as they build out V2 of their Bitcoin payments platform! I couldn't be more excited to have the opportunity to not only be part of their team but to be building out the future I want.

BottlePay and the year of Lightning Hackathons

I'd first heard of BottlePay around the time everyone first heard of them. It was just over a year ago that I entered the Boltathon, a lightning-based Hackathon. It's hard to believe it was a year ago, and even harder to remember which app I built for this. Lightning, for those that might not know, is a 2nd layer protocol allowing for instant payments on top of blockchains like Bitcoin. No more waiting anywhere from 10 minutes to hours for a normal Bitcoin transaction. No more being held hostage by Visa or PayPal for the convenience of speed.

The possibilities and use cases are endless with this kind of technology. In my first of 4 Lightning projects last year, I built a decentralized version of LocalBitcoins. This app, LocalLighting, allowed users to list when they were buying/selling Bitcoin in person via Lightning.

A neat idea, and it was fun building it. But it was a bit too early and had some design flaws that made it difficult to use. I didn't win the Hackathon but I did get 100 or so listings in a dozen or so countries before I shut it down last month.

The app that did win blew my mind with how beautiful and useful it was. BottlePay came in with a multi-social media platform allowing users to tip each other seamlessly.

They didn't end there though. They kept building and pushing the boundaries throughout 2019. They unleashed many cool features, integrations, APIs and even raised $2 million.

The execution of this team was really encouraging to watch, both from a development perspective and the Lightning one.

I ended up winning the next Boltathon last December. I had created a content creation & subscription platform that allowed micro paywalls in anonymous ways. I even ended up building upon BottlePay’s APIs to allow anyone to use their existing accounts. All within 48 hours (their API was really that good). I called this app Satreon, and you can find the proof of concept of it here.

Unfortunately, BottlePay had to halt their app as it was, due to regulation concerns. They've been super quiet and all the while I knew they were up to something good. I even remember conversations with other Lightning devs wondering if BottlePay V2 would end up being something they were thinking of building out themselves.

The last few months (or rather 4 already, somehow) have been crazy. I would have said this even excluding March & April.

I started the year grinding on some designs and proof of concepts of a new Lightning-based app. It's hard not jumping right into code, the most fun part of a project, but it was worth it. A lot of discussions and back and forth about the vision and product-market fit of the original idea. I don't know if I'll ever go back to building out that app, but I'll sure as hell keep the domain name. 😂

Then in February, it was the crazy month of getting acquired and not knowing how to feel about it. I've had an amazing 2 years with Learning Machine as we built out blockchain-based digital credentials. A great team that is going on to do even greater things as the new Hyland Credentials. But I was left with conflicting feelings as I was now part of a 3,500 person company.

Interviews after interviews and conversations with many, I decided to be content and do my own thing. Work like it was at a 9 to 5 until something came along. I realized that I was trying to force myself into a new position with all those interviews. I know natural job opportunities far outweigh anything else.

After some tweets that BottlePay was looking for a Go expert, a language I just started learning, I decided to reach out to them. I ended up having some great conversations about lightning, what I've been doing, what they've been doing, etc.

Way quicker than I'd imagine, everything fell into place and I was looking at a new role there! Being on Crypto Twitter for a few years now, I’d always wondered if my next job would come from Twitter vs LinkedIn.

New Job During a Pandemic

It's a strange time to be starting a new position. Establishing new routines, getting close to new groups of people, redefining new normals during a very abnormal time.

Oddly, this excites me even more. Being re-inspired, breaking bad habits, getting a fresh start. I get to focus on something I love. No longer is the state of the world a distraction, work is a distraction from the world.

I'd be lying if I said I didn't think this would be challenging. New tech stacks, new environments, fast-paced work in a groundbreaking field. Everything I've done with my spare development time over the last year and a half is going to be put to the test. I finally get to work and focus on bitcoin & lightning for a living.

These are the challenges that drive me. They encourage me, fulfill me, and bring me more optimism about my personal & professional outlook than anything else. They push me further in a lot of the same ways the last 2 years at my last startup pushed me. I'm going to make mistakes, I'm going to learn a shit ton, and I'm going to have a blast doing it.

My personal take on the latest FinCEN proposal regarding Bitcoin. 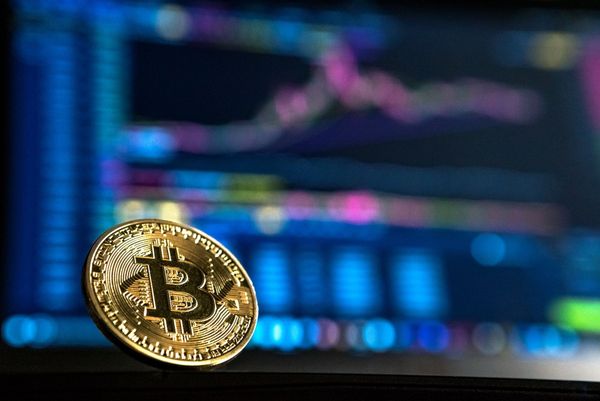 Bitcoin is a safe haven protecting me from the higher powers in the long game of ruling the monetary system.