It’s the holidays! And one during the end of a 4-year cycle so that means rushing out regulations and laws. This time, the Bitcoin industry was hit with a juicy one from FinCEN. It’s not as bad as the industry thought it could be. What worries me is that it may evolve into a complete takedown on legitimate Bitcoin use in the future. Here’s my takeaway below 👇

I am not a lawyer and these opinions are my own

On December 18th, the Financial Crimes Enforcement Network in the United States proposed extra requirements for Cryptocurrencies. I will say we’ve gotten away without needing to enforce some already. Though the problems run deep and this is the beginning.

3 main requirements come out of this document:

It’s important to note that these focus on custodians such as Coinbase, Kraken, and many others. Users that own their cryptocurrency with their keys are not affected.

So let’s break down a summary of what this means for custodians and custodian customers.

Most regulated custodians are already required to collect user KYC info on signup. Most keep records of what their users do. After all, they have to track how much money is in their user’s accounts. So some of the regulations specified are already a given. But here’s where it gets strenuous.

Any withdraws to non-regulated entities should be recorded in a report that would be easy for agencies to collect. This information may be shared between exchanges.

Any withdraws over $3k will need the KYC information of the receiver. In most cases, that is the user so they need to prove they own the address they are trying to withdraw to. Since the custodian already has their info, it’s easy for them to meet that need after they prove ownership. Yet proving ownership of an address is full of gaps and not supported by most wallets today.

Some jurisdictions specify “prove you own the address by signing OR send us a screenshot”. Not very reliable if I may add. Any gaps will more than likely cause legal problems with the user. In most cases, not the custodian following the rules passed down to them. Widespread exploitation of the “screenshot” gap may cause crackdowns on this. I expect that the loose rule turns into “cryptographic ownership” soon enough.

If a user’s purpose is to withdraw and store on their own, there’s proof that the user is saving the money. This is dangerous if the government were to ever enact a 6102 attack on Bitcoin or tax unrealized gains. Each exchange would submit their reports to the government and these users would be on that list. Saying “that wasn’t my address, I was paying for something” will not work. Hope you had a boating accident in the proceeding years.

But now we have another problem, what if the custodian user wants to send $3k+ Bitcoin to a business owner or friend? If the user is trying to withdraw to a counter-party, the user needs to provide their name and street address. This law-abiding counter-party is now recorded in a non-privacy preserving way that links them to that Bitcoin address for 5+ years. I can assume this to help prevent structuring. FinCEN recommends letting organizations assess their own risk. That may end up with custodians collecting much more than this bare minimum.

Additionally, anything over $10k will be reported to FinCEN. It’s no surprise that this is the case given that banks follow this today. Yet, there are some blatant complaints I have with this. When the Bank Secrecy Act came to fruition many years ago, it was equal to about $67k today. And after 2020, this could be a more meaningless number as inflation rises. When will purchasing an everyday item cost more than $10k?

Furthermore, when a person withdraws more than $10k, a report is filed. This report is forever tied to the user and the flow of funds associated afterward.

If I withdrew $10k in cash to buy an antique from someone, that is recorded in a law-abiding (very intrusive) way. But, the flow of funds stops there. Whatever the seller does with that $10k is on them. If they put it in the bank in full, they’ll do their reporting as required. If they make small purchases with that $10k, as is well within their right to do, none of that is followed.

In Bitcoin, that will be followed, speculated on by many 3rd parties, and scrutinized. If anything seems fishy about a transaction made by someone you sent to, you'll be questioned on it.

Custodians are burdened by these regulations, making the cost of becoming one higher. FinCEN estimates this total cost to be $30 million a year. As with most regulations, implementation is left open. The expectation is that those affected should follow “industry norms”. These industry norms get shaped by politicians and jurisdictions across the world. Custodians will be required to work with other custodians. FinCEN speculates around 11 thousand, 365 of which involve themselves in crypto . This will turn into information-sharing honeypots and whitelists.

Each custodian will be on their own to consult lawyers and regulators to figure it out. We’ll end up with a variety of solutions that ban certain behavior due to not wanting to take certain risks.

Another problem with creating this framework is that it makes it trivial to lower the $3k / $10k number. We were already threatened with $250 on the controversial travel rule.

FinCEN has compared the urgency of this to be on par with an imminent threat of an airplane hijacking. They specified a 15 day comment period instead of the norm of 30 - 60 days. And during the holidays because of the existing administration dying out next month.

The language throughout the document is harsh on the use of non-regulated Bitcoin use. They outline that 11% of all Bitcoin use is for criminals, with most of that coming from non-business use. I have a major problem with this. The claims are subjective and are often led by for-profit chain analytic companies. They are doing nothing more than speculating on the “illegal” use of funds. Which I won’t even get into here.

Opening the gateway for regulated crypto custodians/banks to exist while adding friction for withdraws will limit transacting freely. This is akin to herding sheep. They will spin the narrative on how these are “unhosted wallets” or how they want “hosted wallets” to be where transactions take place. At the end of the day, they don’t want you to own your own money with the labor you provided, they want control. This goes hand in hand with nations micromanaging markets, economies, savings, and retirement.

Owning your money means that the government doesn’t own you. Contrary to popular belief in “free countries”, that’s the case today and they abuse it every chance they get. They consume your labor through never-ending taxes. They steal from you through inflation. The list goes on. But I digress.

True Bitcoin ownership will be associated with illegal behavior. Using Bitcoin outside of regulated institutions will then be likely illegal. Those allowed to own Bitcoin will be businesses that ask permission and fill 100+ page documents. The best part about it? They can’t stop ownership even with all these restrictions. There are 100 attack vectors I can think of and there are 101+ ways I can tell you about getting around them.

It’s quite simple. Governments are weakening their dollar every day. Bitcoin is designed to counteract the methods Governments abused that led to their downfall. Currencies don’t disappear overnight. When one starts to go down, others get stronger as a replacement. The movement from a dying currency to one that is harder accelerates their downfall. They lose the ability to get more powerful and reckless with the labor markets in their country.

Bitcoin is a direct threat to Governments and this is but one step for them to restrict use and retain control. It has happened before, and it’ll happen again.

Not all politicians are bad, and I’m starting to see that more and more. Small states are strong states, and Wyoming is looking stronger and stronger to me every day. I'm thankful for those like Wyoming Senator-Elect Cynthia Lummis that realize what Bitcoin enables. It is not only for citizens but governments as well. When they operate under the reality that money is not endless, they accept responsibility for what they have. They should be putting Bitcoin in their reserves and treating it like the scarce asset it is. When governments are reckless with spending and can't steal silently, they go broke or the stealing becomes forceful. This is why the 2nd amendment exists and why it’s within our right to fight back against unjust rulers.

Fighting here is not just fighting for Bitcoin. It’s fighting the abuse that has become the norm, sucking the life out of each one of us.

What can you do?

One actionable measure you can do today is to take all your funds off of exchanges. Ironically, the FinCEN RFC will end on January 4th, one day after the yearly January 3rd Proof of Keys event. It’s important that you take control of your funds. If you ever have any questions about how to do so safely, feel free to reach out. There are many solutions for someone to do it themselves like Coldcard or Spector wallet. Some white-glove services like Casa or Unchained Capital exist as well. Instead of purchasing Bitcoin from custodians, you can buy from another peer on Bisq.

We’re not in this alone, others are fighting the battle with us. Support agencies like Coin Center, Blockchain Association, politicians like Cynthia, and Bitcoin devs across the world. If you care to comment on this specific FinCEN proposal, follow their instructions. You can also support organizations like Coin Center that will comment on behalf of us. 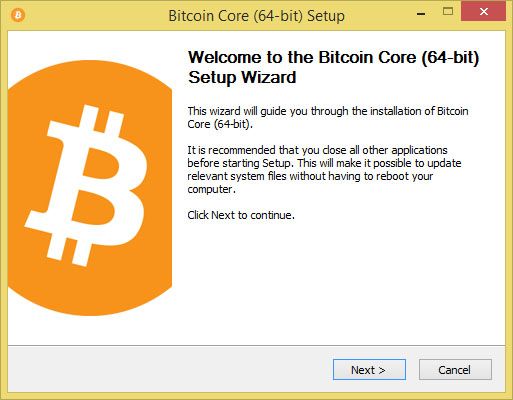 Join me on my journey into becoming a Bitcoin Core contributor!

Pleased to announce that today I join BottlePay as they build out V2 of their Bitcoin payments platform! I couldn't be more excited to have the opportunity to not only